How quickly can a 3-0 season and ACC Championship aspirations be derailed? Look no farther than the 2014 Pitt Panthers. This cautionary tale is one of promise, hope, and optimism that was crushed with the weight of reality. Beginning the season with 3 wins, against Delaware, Boston College, and FIU, this Pitt team was firing on all cylinders. The O-line was much improved and creating wide open lanes for James Conner to bust through for inane yardage, including 8 touchdowns through those opening games. Chad Voytik was making steady progress in the pocket, finding Tyler Boyd in the end zone four times in the same time span. The team looked poised to finally solve it’s 6-6 steak.

Instead, the team rattled off three straight losses to Iowa, Akron, and Virginia. Playing Iowa at home, the Panthers built a 17-7 at the half, only to collapse in the second half as Iowa surged to a win. Akron, an expected cupcake game, resulted in the first bad loss of the season and highlighted the faults of the defense, as they were gashed for 148 yards on the ground and looked like swiss cheese through the air, allowing the opposing quarterback to throw for 193 yards. The team looked equally shaky in their loss to Virginia the following weekend. 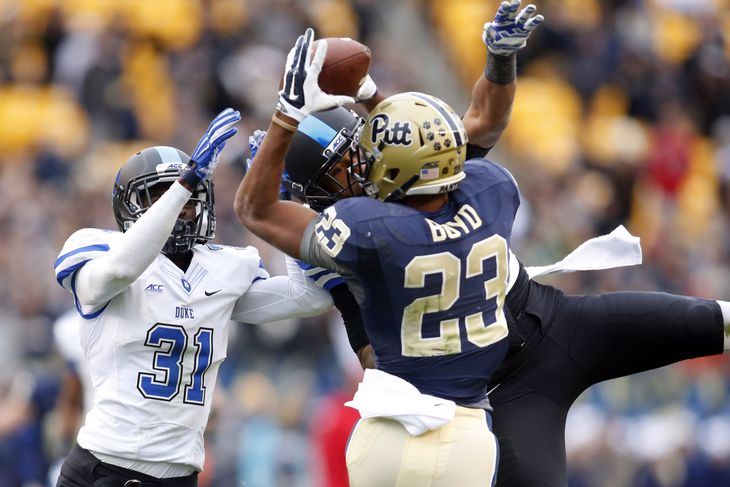 Beating Virginia Tech at home on national television was one of only a handful of saving graces for this season. Because following that slim win, Pitt went on to lose five fumbles in the opening minutes against eventual Coastal Champion Georgia Tech, a team they contended with following a 28-0 deficit. The next two weeks featured heartbreakers at Duke in double overtime and back home against UNC, both games showcasing the talent of the team but underlined by their trouble on defense.

Trouncing Syracuse and finding a way to win at Miami allowed a seemingly lost season to at least end with a 7th straight bowl appearance. However, even with the matchup against Houston in the Armed Forces Bowl allowing for an extra month of practice, the Panthers find themselves in the midst of another coaching search, a sick cycle they cannot seem to escape. This comes to fruition as the opening of the head coaching slot at Wisconsin became available, Paul Chryst’s dream job. Late yesterday, his departure became official and Pitt’s search for a 6th head coach in 10 years will officially commence. What does the future hold?

James Conner will look to build on his ACC Player of the Year season in which he broke Tony Dorsett’s all-time rushing TD mark with 24 scores this season. The quarterback position will look to solidify as Chad Voytik finds some sense of rhythm and timing with his receivers. Hopefully with the coaching change, the defense will resemble something of a force next year, possibly becoming a driving force of the team. In all, the large majority of the  team looks likely to stick around for the coaching change, as do a large part of the latest recruiting class, which should hopefully indicate a smooth transition. This season created an endless list of question marks. Looking forward, it will be interesting to see if those questions marks are answerable, and if so, can they be straightened out enough to resemble the exclamation points this team is capable of.